The COVID-19 pandemic alongside the uncertain health of US President Trump due to his recent contraction of the virus — represents a critical test for the credibility of Bitcoin due to both events' impact on markets. The 21Shares’ research team discovered that since the inception of Bitcoin and based on today’s price of over $10,000 — there have only been 92 days where Bitcoin has produced negative returns. The recognition of Bitcoin from high-profile investors such as Paul Tudor Jones and George Ball, who invested millions of dollars into Bitcoin combined, will undoubtedly strengthen its long-term resistance above the $10K mark.

In addition, such proponents of Bitcoin will help foster the adoption of the uncorrelated and digital-native asset, coupled with its strong returns of over 55% since the start of the year. Investors can easily contrast this with the performance of the S&P 500 of only 3% over the same timeframe, as the chart below shows.

In the regions we are covering in Europe, and particularly in Switzerland, every week we meet with family offices, private banks, and other financial institutions who increasingly recognize the value-add of Bitcoin to their clients’ portfolio in the midst of a regime with potentially high inflation. Such clients are able to get exposure to Bitcoin in a safe and regulated manner through our Bitcoin ETP (ABTC). Today, with a market capitalization of nearly $200 billion, Bitcoin has the potential to be worth trillions of dollars and the growing institutional demand only confirms this pattern, particularly since the wake of this health crisis.

This past week wasn’t short of black swan events including the arrest of the CTO of the leading crypto derivatives exchange, BitMEX. According to the Commodity Futures Trading Commission (CFTC), BitMEX illegally operates a derivatives trading platform for US customers. On top of that, the Acting United States Attorney for the Southern District of New York, alongside the FBI, indicted BitMEX’s founders on criminal charges for Bank Secrecy Act violations. BitMEX’s founders are facing up to 5 years in prison per violation. The market has reacted as expected to the BitMEX news with the amount of Bitcoin stored on the exchange nosediving in recent days. 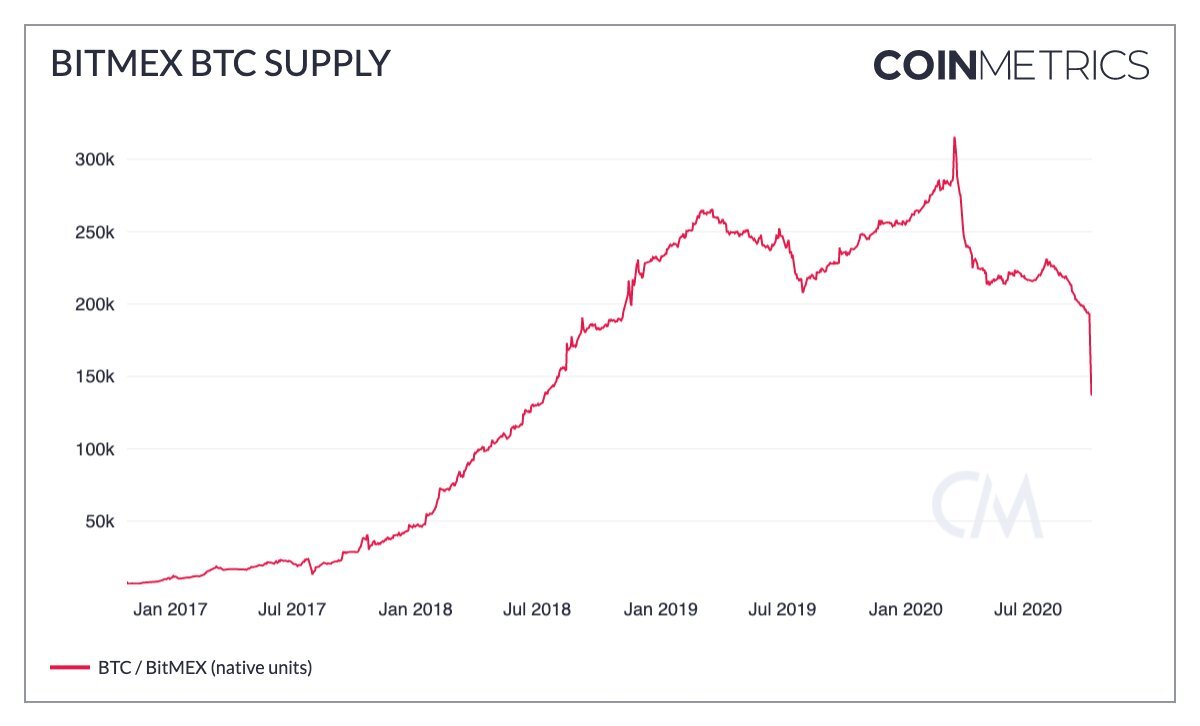 FBI Assistant Director William F. Sweeney Jr. said: “As we allege here today, the four defendants, through their company’s BitMEX crypto-currency trading platform, willfully violated the Bank Secrecy Act by evading U.S. anti-money laundering requirements. One defendant went as far as to brag the company incorporated in a jurisdiction outside the U.S. because bribing regulators in that jurisdiction cost just ‘a coconut.’ Thanks to the diligent work of our agents, analysts, and partners with the CFTC, they will soon learn the price of their alleged crimes will not be paid with tropical fruit, but rather could result in fines, restitution, and federal prison time."

Such news has predominantly affected the volatile DeFi sector with assets such as Synthetix, ChainLink, and Compound suffering corrections between 15% to 35%. On the flip side, Bitcoin's price dropped by 5% following the news and has since almost entirely recovered its losses.

With 21Shares ETPs, market participants can get exposure to up to 80% of the entire crypto market and we are confident that in the medium term Bitcoin will break above the $11K mark given the fact that the cryptoasset has resisted a major decline in light of the aforementioned events. We anticipate the price to oscillate at its current levels until the outcome of the US elections and then to consolidate once market uncertainty is demystified.

We appeared in the newsletter of Vinter Capital — describing our listing on Nordnet. You can read the piece here.

“Sweden has always been a special place for me as it was the first EU country to allow a bitcoin structure to be admitted on the Nasdaq Nordic exchange back in 2015, it is now time to present the market with the latest engineered products that are fully compliant, transparent and cost-effective using crypto as underlyings. We are delighted to be working with Nordnet as their clients have always been keen users of such trading products” said Laurent Kssis, Managing Director at 21Shares

For our Italian audience, our Head of Southern Europe, Massimo Siano, appeared on Business Insider in an exclusive interview — providing his outlook on the state and future of Bitcoin mining — the process for securing the Bitcoin network and creating new Bitcoin — give it a read here.

“It is not known exactly what the energy mix of Bitcoin mining is, but it can be assumed that at least a part is powered by non-renewable energy sources which therefore can potentially contribute to exacerbating the current climate crisis. However, some research believes that 74.1% of the energy consumed by Bitcoin mining comes from renewable sources. If confirmed, this would mean that mining is more sustainable than most traditional industries. While it is difficult to verify such numbers, there is no doubt that a large share of Bitcoin mining is powered by renewable energy.”

The financial regulatory body of the UK, the Financial Conduct Authority (FCA) just announced today that the sale of crypto-focused derivatives to retail investors, CFDs, options and futures and ETNs, will be banned across the United Kingdom and will come into effect starting next year on January 6, 2021. More than a year after first proposing such a ban, the FCA has concluded that these products are ill-suited for investors due to the harm they pose such as extreme volatility, investors’ inadequate understanding of them, and the lack of legitimate demand from retail investors.

Alongside the FCA news, the recent legal actions against BitMEX have started to have an impact on derivative exchanges around the globe and this eventually set the tone as to how regulators will perceive and act on the derivatives ecosystem within the crypto market. It wouldn’t come up as a surprise if other countries in Europe followed suit in taking a closer look at the derivatives markets for crypto across the continent, even though they have generally had a tamer position on the market than the UK’s financial regulator.

This regulatory action by the FCA significantly lowers the UK’s addressable market of over £25 billion — assuming they’re predominantly retail investors. The gross capital issuance by UK residents was £29.7bn in August — with a median household disposable income of £29,600 in the financial year ending 2019, based on estimates from the Office for National Statistics's (ONS's) Living Costs and Food Survey. 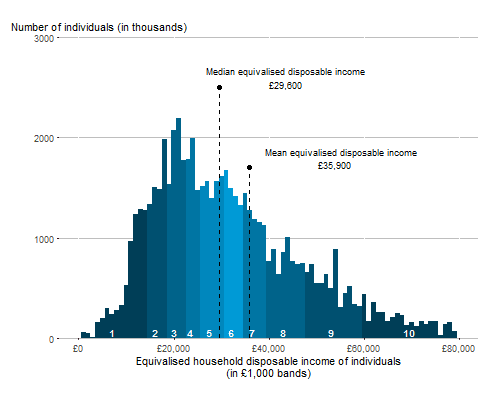 Although the demand in the cryptoasset market is historically retail-focused, the FCA leaves room for the institutional adoption of such products — especially crypto ETPs like the 21Shares’ product suite which are products better suited for financial institutions and professional investors.