Cryptoassets of the Month: September 2022 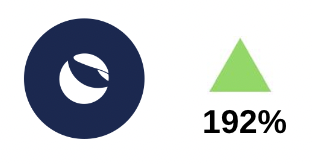 Terra Classic’s native token LUNC rose 192% over the past month in a rally mainly driven by speculation, as the network’s fundamentals haven’t changed since the collapse of the network’s algorithmic stablecoin UST in May. Notably, the cryptoasset is still 99.99% below its April all-time high price of $119. On Sunday, Bloomberg reported that South Korean prosecutors had asked Interpol to help arrest Do Kwon, Terra’s founder. 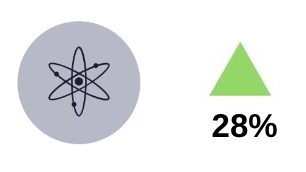 The Cosmos Hub's native token ATOM rose 28% in the past month as the "App-Chain" thesis gained significant traction among developers and investors. For instance, the derivatives exchange dYdX announced on June 22 that it was moving away from Starkware (Layer 2 on Ethereum) to become an application-specific blockchain on Cosmos. Additionally, ATOM is likely rallying in anticipation of the upcoming week's Cosmoverse conference, in which it is expected that Interchain Security will be introduced to expand upon ATOM's utility and value accrual. 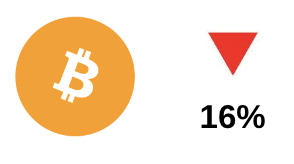 Bitcoin traded down 16% over the past month as the uncertain macroeconomic environment still weighs heavily against risk assets, not just crypto. For reference, BTC's 30-day rolling correlation to equities remains high by historical standards (0.58) but is down from June highs (0.82). Despite the risk-off environment, we have observed signs of accumulation among long-term holders (LTH). On September 14, the total supply held by LTH, defined as BTC that has been dormant for more than 155 days, reached a new all-time high of 13.62M BTC (71% of circulating supply). 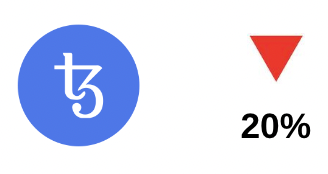 Tezos’ native token XTZ traded down 20% over the past month, in line with the general market downturn. Tezos is a smart-contract platform that can evolve by upgrading itself without having to split ("fork") the network into two different blockchains. On September 8, the French newspaper L’Équipe announced that it would launch an NFT collection powered by Tezos to commemorate this year's Ballon d'Or, the most prestigious football award ceremony. 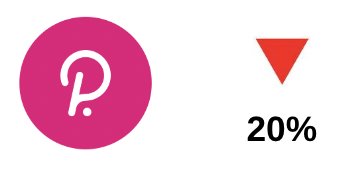 Polkadot's native token DOT also decreased 20% over the past month. Polkadot's downturn is notable considering that its main competitor, Cosmos (ATOM), has appreciated significantly over the same period. The state of both ecosystems suggests that developers prefer the Cosmos SDK framework over Polkadot's Substrate. Another viable explanation is that Polkadot's parachain auctions and mandatory shared security via DOT may defer projects which prioritize self-sovereignty and want to ship faster. 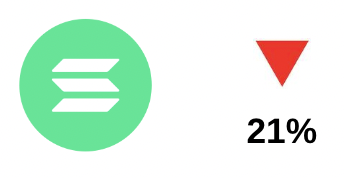 Solana's native token SOL traded down 21% over the past month. Yesterday, the Solana Foundation released a report detailing the carbon footprint of Solana's blockchain, showing that the network's overall emissions rose 26% over the past six months. Regarding upcoming catalysts, Solana Mobile Stack, an open-source software toolkit for Android that enables native Android Web 3 dApps on Solana, is expected to ship in Q1 2023. If successful, this initiative could help onboard millions of people onto the network. 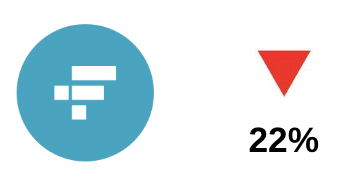 FTX Token (FTT) also traded down 22% over the past month. FTT provides various benefits to users of the FTX crypto exchange. Yesterday, it was announced that trading firm Alameda will repay $200 million in loans to Voyager Digital, the bankrupt crypto lender. If all goes well, Voyager will send Alameda 4,650,000 FTT tokens (around $112 million at current prices), which were used as collateral for the loan. Hence, it should be no surprise to see further selling pressure in the coming weeks. 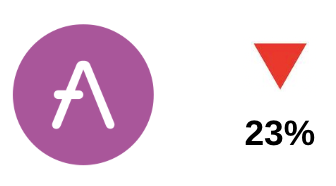 Aave (AAVE) traded down 23% over the past month as the repercussions of the TornadoCash ban were felt across all decentralized finance protocols. Notwithstanding, various exciting developments are occurring in Aave, like "GHO" – a native, decentralized, and fully-collateralized stablecoin pegged to the US dollar. This past week, we also saw Aave trifle with the untapped derivatives market by revealing ShortAave, which will be a one-stop shop to open short positions on the platform by borrowing from Aave and swapping on Uniswap in one go. 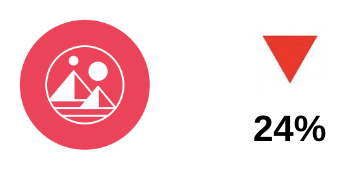 Decentraland (MANA) traded down 24% over the past month. Despite the negative market sentiment, adoption hasn’t slowed down. For instance, crypto bank Sygum will be the first Swiss bank to open a hub on the metaverse on September 27, as it will launch “Decentraland Hub” during a live streaming event on Decentraland. Tacobell is also partnering with Decentraland to offer US couples the chance to have a virtual wedding. 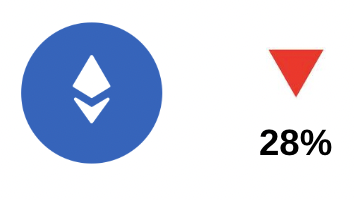 Ethereum traded down 28% over the past month despite a successful Merge, which marked the network's transition to Proof-of-Stake. Although the Merge is arguably one of the most positive developments in recent years, the overall macro uncertainty has triggered the current valuation retracement (not just in crypto) with the last CPI numbers. Additionally, investors were positioned overly optimistic in anticipation of the Merge, as proved by the millions of dollars in liquidations over the past week. 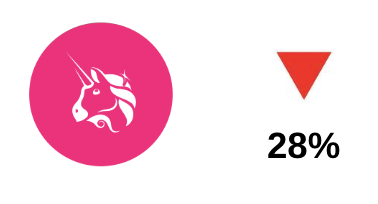 Uniswap (UNI) traded down 28% over the past month. For quite some time, our thesis has been that Uniswap is the “Trojan Horse” to conquer the market making business, eating up the market share of liquidity provision on centralized exchanges. However, it will certainly have to be battle-tested, especially as new competitors enter the market. On September 13, a consortium of leading broker-dealers, global market makers and venture capital firms announced the launch of EDX Markets (EDXM), a first-of-its-kind exchange that will address latent demand for cryptoasset trading by enabling safe and compliant trading of cryptoassets through trusted intermediaries. 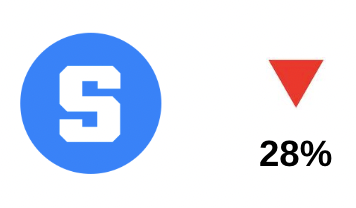 The Sandbox (SAND) also traded down 28% despite some impressive developments. The Sandbox made headlines this month by bringing the first Singaporean company into its metaverse. Singapore's largest bank, DBS, is set to acquire land in the gamified metaverse to build new services with its clients. Renault South Korea also partnered with The Sandbox to provide its users with an innovative automobile experience in the virtual world. 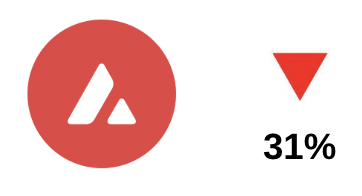 Avalanche's native token AVAX traded down 31% over the past month, underperforming the broad market. Despite a market capitalization of $5 billion, Avalanche had fewer weekly active developers over the same period than smaller networks such as Cosmos, Near, and Tezos. On a more optimistic note, Avalanche made headlines on September 13 when it was reported that private equity giant KKR would tokenize a portion of its second Health Care Strategic Growth Fund on Avalanche. 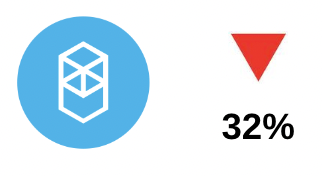 Fantom's native token FTM traded down 32% over the past month. As Fantom is a smaller cap Layer 1 network, we should expect it to have a higher beta. Regarding fundamentals, last month, the Fantom Foundation introduced a proposal to reduce staking yield (currently at 13%) to reduce the current inflation rate and keep in line with the market average. In May, Fantom also underwent an upgrade dubbed SnapSync that lowered gas fees and led to faster transaction finality.